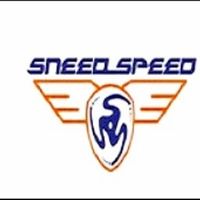 Sneed4Speed has been racing the "new" BMW MINI Cooper since 2006. Back then, there were no heavy duty race or performance parts available for a car so brand new and like nothing else on the market.
It soon became obvious that while the new MINI had great handling, looks and power, it was not entirely bred for the track. Sneed4Speed started by creating a front mount external oil cooler for the cars. As the engine compartment is very tight in MINIs, oil temperatures would rise to engine damaging levels while on track. The Sneed4Speed oil cooler kit solved that problem allowing MINIs to run full track sessions without overheating their engine oil.

Best posts made by Sneed4speed

This user hasn't posted anything yet.

Latest posts made by Sneed4speed

This user hasn't posted anything yet.